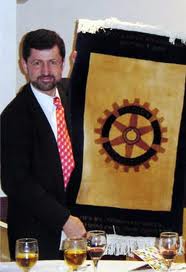 Born and raised in Pittsburgh, Bill Benter is a mathematical genius who attended the University of Pittsburgh, obtaining a degree in General Studies in 1977, after spending his junior year studying abroad at Case Western Reserve, University of Bristol (England).  In 2012 he received an honorary doctorate from Chatham University.  In March 2012, Benter married for the first time, marrying Hong Kong National Vivian Fung in a Tibetan Buddhist rite.

Bill Benter has achieved international business success, first with high technology entrepreneurial software development, particularly in in Southeast Asia and India, and more recently with medical transcription service company Acusis, Pittsburgh PA , which Benter co-founded in 2001 and is the International CEO and Chairman. Acusis, a Pittsburgh-headquartered business with hospital clients throughout the United States, was a finalist in the Pittsburgh chapter of the Society of Financial Service Professionals’ Annual Greater Pittsburgh Business Ethics Awards, as a Medical Transcription Industry Association Beacon Award finalist for excellence in billing practices, and also featured in the Pittsburgh Business Times 2006 “Pittsburgh 100”, a list honoring the fastest-growing, privately held companies in the region.

As well as his substantial business achievements and continued contributions to higher education, Benter’s commitment to both local and international philanthropy is both admirable and exciting.  Certainly, he is one Pittsburgher who appears to embody the ideals of Andrew Carnegie, personifying the ideal that with great personal wealth comes responsibility to serve the public good.

This native son of Pittsburgh, Benter has himself echoed Carnegies’ words, being quoted as saying: “I’ve traveled the world, but my long road has led me back to where I started – right here in Pittsburgh. And now that I am blessed with the means to contribute, there is nowhere I would rather make a difference than in my own hometown”.

Not resting on his laurels, in 2007, Bill Benter founded the Benter Foundation, with the goal of offering grants to support the leaders, organizations and ideas that will help individuals, local Pittsburgh communities and international groups thrive.  Examples of grants given by this generous include the American Wheelchair Mission, granted funds twice to develop and pilot test a model for increasing the mobility of children with disabilities in Mexico; Bike Pittsburgh, granted funds many times to establish and continue their work; Boy Scouts of America; Propel Schools Foundation; Women’s Centre and Shelter of Pittsburgh; plus and many other, very worthy community and charitable groups in Pittsburgh.

This globally-focused philanthropic leader Internationally, he has served as President of the Hong Kong Rotary Club, while locally in Pittsburgh Benter is active with Pittsburgh Social Ventures Partners and Rotary International and is Vice Chairman of the World Affairs Council of Pittsburgh.

Benter also generously funds programs at numerous universities throughout Pittsburgh, clearly hoping to share with Pittsburgh students a greater global awareness.  For example, the “The Benter Initiative Program” and “The Benter Initiative for Global Citizenship” at Chatham University, the school formerly known as the Pennsylvania College for Women, and where his mother, Dorothy Firth, attended.   Commenced in 2007, these programs are supported by Benter because they aim to promote social responsibility and have students actively participate in other cultures.  Also, in 2007, Benter gifted Pitt $1 million to establish The University Center for International Studies (UCIS) Endowed Visiting Professorship in Contemporary International Issues, to allow the university to appoint academics with expertise in international issues affecting influential regions of the world, with a particular focus on the Middle East.

This native Pittsburgh business and philanthropic leader has a clear interest in international affairs, adding focusing on international touch to his local Philanthropy, while at the same time changing the lives of local students and community members with his generous and ongoing gifts and initiatives.   Just some of the reasons we find Benter to be an inspiring Pittsburgher.